The Advantages of Soft Magnetic Composites and Axial Flux Motors.

If you’re familiar with motors, you know that the axial flux motor has many advantages over other types of motors, such as higher power density, shorter magnetic path, more torque, and better cooling.

So with all of the advantages the axial flux motor has, why aren’t more manufacturers including them in their design?

Here, we’ll discuss the basics of how axial flux motors work and how soft magnetic composites (SMCs) can help solve the most prominent obstacles in producing the axial flux motor.

How Is an Axial Flux Motor Different?

In an axial flux motor (a.k.a. “pancake motor” or “axial gap motor''), the flux is generated parallel to the axis of rotation because of the way it’s wound. This carries the advantage of simplifying the winding process of the motor and reduces overall assembly cost.

Axial flux motors have a more efficient use of copper winding, leading to a greater ability to increase the number of turns and reduce heat caused by the end turn effect.

The usage of axial flux motors was rare until strong permanent magnets became available and brushless DC motors were developed, which could exploit axial geometry’s advantages.

Axial flux motors hold a unique set of enhancements in relation to other types of motors, including:

Obstacles to Adopting the Axial Flux Motor (& How PM Can Help)

Today, stacking laminations is still the most common method of manufacturing rotors and stators. This is a lengthy process that involves:

These processes can be costly and can deform the material’s interior structure through cold-working, which increases the dislocation density and degrades its magnetic properties.

There’s good news though. Powder metallurgy, particularly through the use of soft magnetic composites (SMCs) now allows for high-efficiency motors and can help lower costs. Here’s how:

With powder metallurgy and SMCs, you have higher intrinsic saturation values (magnetic moment per volume for a magnetic material). This saturation value is important, since this allows manufacturers to reduce the size of components used in the motor with the same magnetic performance. 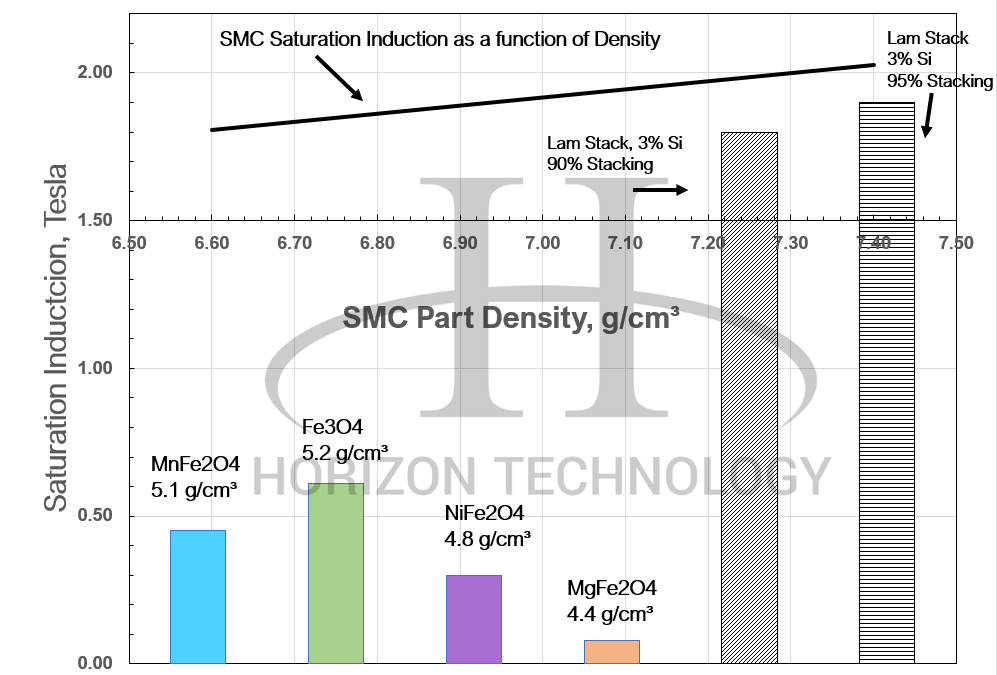 Cost has been the primary roadblock to greater adoption of axial flux motors, considering assembly and material waste. SMCs provide a more compact motor design, along with net-shape processing of the stator, thereby minimizing or almost eliminating waste.

Ready to learn more about what soft magnetic composites can do for your axial flux electric motor design? Check out our resource page for soft magnetics and electromechanical design: