Automotive designers are catching on to the trend-setting potential of powder metal parts. One of the latest auto parts to realize its potential thanks to powder metallurgy is the engine mounting system.

The Porsche 911 Turbo GT3 and GT2 sports cars now include dynamic engine mounts with a Horizon Technology-produced braze assembly. This powder metal-based assembly helps add another level to the performance of driving a Porsche. 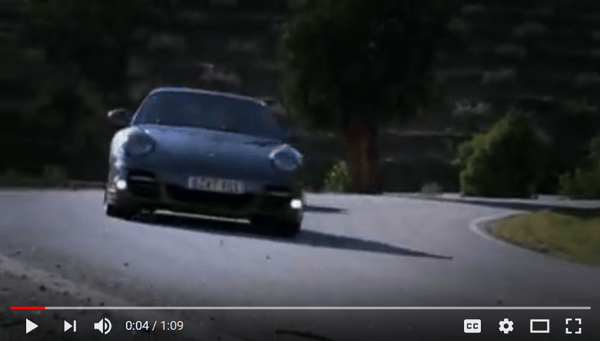 This new engine mounting system combines the benefits of a hard and soft mounting arrangement. The outcome? Greater car stability and a more comfortable ride.

An electronically controlled system, the engine mounts change their stiffness immediately and automatically thanks to the engine management computer.

Typically, as the driver turns into a bend, the vehicle will follow. At first, though, the engine's mass won't. This results in your vehicle’s rear being pushed outward due to inert forces related to the engine's mass.

With the new engine mount system containing Horizon's braze assembly, this effect is minimized. The mount system achieves this by using a magnetic field that's electrically generated as well as magnetorheological -- or magnetized -- fluid. This is the same kind of fluid you’ll find in some types of variable shocks. Inside the mount, there is an electromagnet that emits a magnetic field that can change the fluid's viscosity immediately.

The mounts' stiffness and ability to absorb movement becomes softer, resulting in less oscillation and vibration of the entire drivetrain, especially the engine. Suddenly, your ride is smoother than ever.

On the other hand, for a sportier feel, the engine mounts can provide an increased stiffness for a more robust ride.

The driver can instantly change the voltage that is applied to the electromagnet to make the fluid it rests in thicker or thinner to achieve the desired ride effect. This voltage is regulated by the engine management computer using a map almost entirely based on the engine's RPM.

When accelerating under a full load, the new dynamic engine mount system also reduces the engine's vertical oscillations. This results in increased stability and more traction during high-speed cornering and under load transfer. As the mounts stiffen during these accelerations, wheel hop is also less likely to occur.

The Future of Powder Metal in Auto Designs

Horizon is primed to support the latest design of engine mounting systems for 2020. This will allow the market to continue to grow through cost consolidations that don’t sacrifice performance.

As more leading auto engineers learn how powder metal consolidates designs and costs, the industry will push further into powder metal component use in the future!

The Advantages of Soft Magnetic Composites and Axial Flux Motors